A Eulogy to Mister Rogers 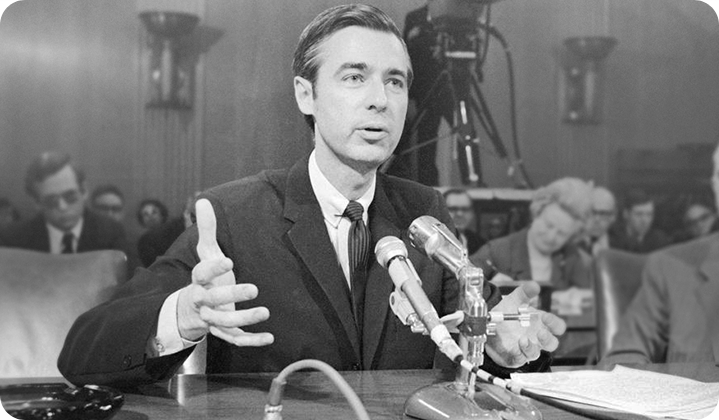 Remembering a TV legend, a true pioneer, and a radically original content creator who might be the best example of healthy leadership that we have.

18 years ago on this very day, you passed away from stomach cancer. When the news hit the screen, I remember feeling personally devastated because you were one of my childhood heroes growing up. Watching your episodes on TV made me feel a sense of comfort and belonging that was completely effortless. You completely changed children’s television in the U.S. by standing for kindness and inclusiveness. Even today, your legacy lives on with Daniel The Tiger for kids today. But it’s just not the same without you.

You had a deep respect for your audience, children. You were never condescending or authoritative like other adults were. You spent time to understand kids by working directly with child psychologists to understand the deeper needs of children, and spending a lot of time directly with children through puppetry and your show. It reminds me of the importance of being curious and empathetic about who you are serving.

You talked about openly about difficult topics with psychological safety. For instance, you did an episode about Death, about the assassination of Robert F. Kennedy, and about real world issues that you were seeing on the nightly news. You talked about what it’s like to be disabled with the memorable episode with Jeff Erlanger. Your delivery was so important in helping these conversations feel safe. You said it like it is, but you did it gently.

You were a pioneer in children’s television, making even the most hard-shelled senators get goosebumps. You called out how most children’s programs are “animated bombardment” and you were openly concerned about how television was being used to essentially turn each child into a consumer. You took it seriously to create programming for kids that makes a positive difference in their lives. You told kids every week that they are worthy just as they are, and you also gave kids the awareness that “feelings are mentionable and manageable” with healthy coping mechanisms. How great would the world be if more kids grew up with that kind of message?

You broke racist barriers before it was considered safe. You did an episode in 1969 where you invited African-American Officer Clemmons to soak his feet in your pool aired in the midst of civil unrest over pool segregation policies in the U.S. You were radically kind and inclusive with African-Americans and eventually with the gay community as well.

You took criticism better than most of us. People made fun of you all over the place for being different, with the most prominent example being Eddy Murphey on SNL. You took it gracefully, and even shared a laugh with David Letterman about it. It reminds me that even you had haters and that it’s okay to see the humor in it all.

You weren’t doing it for the spotlight. When you received the Lifetime Achievement Award at the 24th Annual Daytime Emmy Awards in 1997, you spent your moment in the spotlight to ask the audience to sit in silence for 10 seconds to think about the people who have helped them get here. You then reminded the audience that television serves real people in the real world like those folks who have helped us along the way. There was no nervousness or self-consciousness in your delivery, probably because you didn’t make the moment about you at all. Instead, you chose to turn a moment of recognition into a moment of appreciation for others.

And lastly and most importantly, you championed that love, or the lack of it, is at the root of everything. Maybe it was your deep religious beliefs… after all, you were going to seminary school to become a minister. But something about you always remained pure and centered on Love. “143” (I Love You) was your staple code word, and I now see that you even have a 143 Club.

Thank you for being a radical, successful, and deeply kind leader and human being. You role-modeled a different way of being a pioneer for good in a competitive industry, with a level of gentleness that was rare. Thank you for creating a neighbourhood where everyone could belong, including a lonely immigrant girl who was navigating different cultural mixed messages about who I was. Thank you for reminding us that love, or the lack of it, is really at the center of everything. In 2021, I am taking this to heart.

References in addition to links above:

Watch the documentary with the real man himself: Apple+ TV (also available on Netflix in certain countries. This is NOT the Tom Hanks movie.)