How to Re-Frame The Infinite Game in Corporations 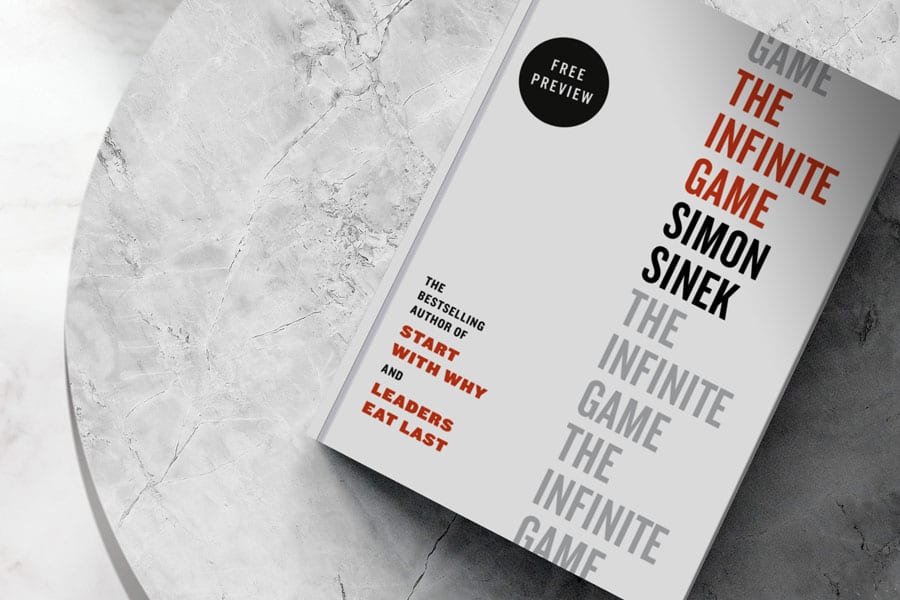 Like many others, I read “The Infinite Game” by Simon Sinek last year and appreciated this way of seeing the business world. Since then, my views have slightly evolved. Here’s why.

First off, if you haven’t already I’d suggest you also read the original book that Sinek based his book on, called “Finite and Infinite Games” by James P. Carse. The two books are actually a bit different in their orientation and I appreciated having the contrast at the suggestion of my executive coach.

Definitions for Infinite versus Finite Games:

An illustration that I found useful (source):

A Finite Game is time-bound, with the purpose of winning (and therefore is competitive), and has an audience to decide who wins. This is typically what it feels like in the corporate arena. The Infinite Game is the opposite.

The Infinite Game is serving a greater cause than ourselves, with the purpose of continuing the play as long as we can to further the purpose. There is no finish line because the moonshot vision is so audacious. The Infinite Game also feels different: it is playful, joyful, and spontaneous. Finite Games, on the other hand, are rooted in the past, have rigid rules, and promote comparison.

To bring it to the business world…

Simon Sinek quotes a McKinsey study that shows that the average lifespan of an S&P500 company is half what it used to be in the 50s at around 18 years (vs 40 years). McKinsey also predicts 75% of companies currently in the S&P500 will be gone by 2027. Sinek makes the case that companies that play an Infinite Game are more likely to outlast their peers in the future.

Why? Because these companies are focused on advancing a Just Cause for as long as they can and even invite others to join them. Tesla, for instance, makes its patents freely available and encourages other car manufacturers to use them in favor of furthering the electric vehicle market. According to Elon Musk: “Our true competition is not the small trickle of non-Tesla electric cars being produced, but rather the enormous flood of gasoline cars pouring out of the world’s factories every day.”

This is really inspiring and aspirational. But in the real world, it’s not as binary as it’s laid out to be.

One of the most important concepts from the original book “Finite and Infinite Games” is the following premise:

Rather than seeing them as opposite polarities, what would it mean to integrate these two approaches? According to Carse, there can be Finite Games that exist within an Infinite game. This actually makes sense. The Infinite game and mindset give you the “why”, and the Finite games within the bigger picture help with the “how” and bring tangible and measurable progress towards the bigger purpose within business cycles like quarters. Carse also says the opposite cannot be true: infinite games cannot exist a finite game. It’s easy to see why: the infinite game / mindset is not focused on near-term gains.

Here’s how an Infinite player shows up in a Finite corporate game:

Here are three things for us to take-away and reflect on:

(2) How can you thoughtfully use Finite Games to further your Just Cause and keep your teams motivated towards progress? What kind of environment would you need to create for Infinite Players to play in a Finite Game with positive results?