Zillennials: The Leaders We Need for a Changing World 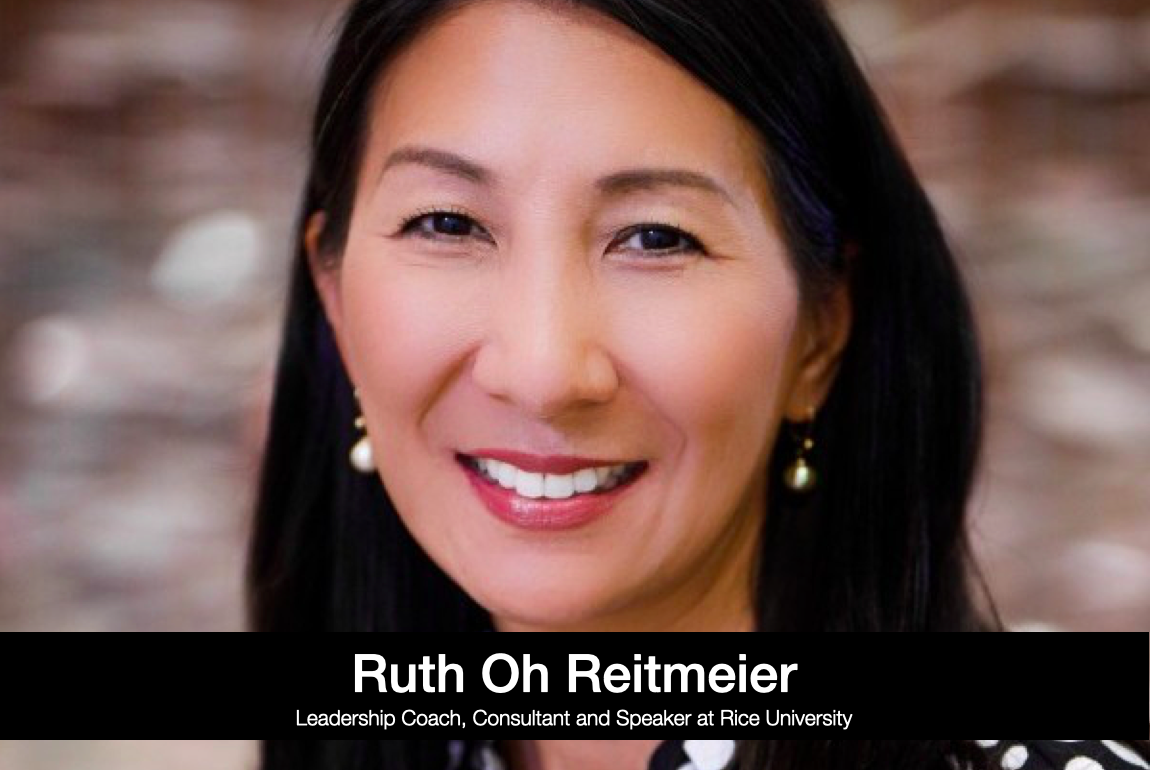 Ruth Oh Reitmeier is a Leadership Coach, Consultant and Speaker at Rice University

How I know Ruth 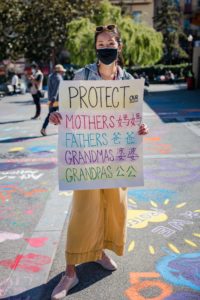 Ruth leads the leadership coaching program at Rice University to help students (undergrad+) develop and hone their leadership core competency skills earlier in their careers.  We first got connected over our shared grief of rising Asian hate crimes around the world.  It turns out that 35% of the student population at Rice is Asian-American, which means that anxiety related to Asian hate crimes has impacted them as seriously as it has impacted both of us.  As a Korean-American leader standing for change, Ruth often speaks about the Zillennial* generation’s needs and wants in a way that is deeply in touch with the next generation of leaders.  In this interview, we go deep on a few of the topics that are top-of-mind for her and the students she serves.

*Zillennials are the transitional group born between 1993 and 1998 – roughly 3 years before the end of the Millennial generation and 3 years into Gen Z.

Q: The program you run for young leaders at Rice University sounds incredible. Can you share more about it?

Yes.  Rice was the first university in the U.S. to offer leadership coaching to every single student without an additional cost to them (endowment-funded), whether they are undergraduate or graduate students.  Rice is a top-20 school so the students who enter the program are used to being top-performers and leaders, whether they were valedictorians in high school or leaders in networks, community service, etc.  But once they reach university, they enter a bigger realm of possibilities that can feel overwhelming.  We provide students with support for adapting,  evolving, and increasing their leadership capacity with custom coaching programs tailored to their needs.  And we really believe that investing in leaders earlier rather than later will maximize the impact they can make in the world.

Q: What can you tell us about the Zillennial Generation from the past 6 years you’ve been doing this?

For a lot of students, confidence and self-concept clarity are prominent themes.  They’re asking themselves who they really are and what kind of leader they want to be.  They’re asking themselves questions about what values matter most to them, where they see themselves using their leadership skills, and where they are struggling. They are deeply self-reflective and willing to examine their beliefs and change their behaviors.  Imposter syndrome is very real for them, in part because of the pressures of social media and in part because of the newness of the university environment.     Another challenge that consistently comes up is communication skills.  COVID set so many Zillennials back socially with a lack of real connection and limited opportunities to practice IRL social skills.  For a generation that doesn’t pick up the phone to have a chat, communication looks radically different than previous generations.  The predominance of electronic messaging for Zillennials has had the effect of diminishing their face-to-face interpersonal skills. We see higher levels of social rejection sensitivity in this generation who have become overdependent on peer approval and assurance of belonging. These are serious roadblocks to the effective communication that is needed in the workplace.

Q: Who are the leadership icons or role models for the Zillennial generation?

Frankly, there are very few and that’s part of the problem.  This generation is adrift in a sea of skepticism and cynicism because they’ve seen so much moral leadership failure.  ​​Many have lost faith in traditional authority structures and are jaundiced about participating in failed systems.   They are savvy and they know when they see ego-driven and performative leadership.  They see virtue-signaling instead of real change when it comes to systematic issues like racism and inequality.   They are already aware of the pitfalls of greed and corruption and bias.  A lot of them don’t have a positive association with the word “leadership” so we have been working to re-frame their understanding of leadership through our interventions.   The truth is, this generation wants to make an impact in the world but they have major trust issues and feel disenfranchised. They’ve seen the excesses and failures of late-stage capitalism and that has dimmed their hopes for their economic futures.  “Activist leadership” is what they aspire towards.  Our coaching aims to harness that energy and vision so that they can tackle the issues that are important to them.

Q: What is the Zillennial generation’s experience with burnout?

Our Zillennials are burning out earlier because they’ve been grinding harder and from a younger age.  The stakes are higher, everything is more intense, and anxiety has been dialed way up.  Instead of a mid-life crisis, they are experiencing what I would call a quarter-life crisis, asking themselves what trajectory they want to be on.  We actually see a rise in students taking 1-2 years off after school as a gap year because they are so exhausted and are questioning where the hamster wheel is taking them. The burnout is real.

Q: Is there anything you’d want to add for Asian Zillennials since 35% of your student population is Asian?

Culturally, it can be hard for many Asian students to speak up for themselves, even though they will stand up for others to the point of self-sacrifice.  They aren’t used to advocating for themselves and have been socialized to endure intense stress without complaining.   For many of them, they are used to having a strong work ethic that comes at the expense of self-care.  Inner confidence and willingness to speak up for themselves are things we commonly coach them on.   We also hear a lot about the bamboo ceiling and the lack of representation of Asian leaders in visible senior roles.  There have been so many students at Rice who have told me they never saw someone who looked like them in the kind of position I’m in.  Many of them will stay after class or reach out for a personal conversation because they want to know how I’ve overcome hurdles as an Asian-American woman.   I once had a bright young Asian woman tell me, “Before taking your class, I thought only white male lacrosse types got to be leaders.”  I also commonly hear about the inability to bring their whole selves to work and having to code-switch to fit in.  The stereotype of the model minority – the silent, hard-working, and humble Asian – is one that they hope to break.     I can relate to a lot of what I hear from the students myself.  As a child of Korean immigrant parents navigating a foreign culture, I learned leadership skills early because they were actually survival skills.  As the oldest sibling of three, I took care of my younger siblings and and was expected to manage a lot of responsibility and keep everything under control.  As I entered the workplace, I carried this heightened sense of responsibility and expectation of over-functioning in most of my jobs. I had always been told I had to work twice as hard as a minority but as a working mom you are also expected to make it look effortless.  In my 40’s I realized I was always absorbing more and more work without gaining decision-making power… And it was coming at the cost of my health and family time.  I gave myself a “grownup gap year” to work through these unhealthy patterns and now as a leader, I consider it to be a pivotal part of how I lead.  I believe my job as a leader is to create a space for others to flourish and to multiply leadership. I think of leadership as a calling to bring beauty and order to chaos.  It’s the responsibility of a leader to steward people and resources and I’ve learned it’s important to do this from a place of overflow and not at the expense of my own well-being.

Q: What advice would you have for companies investing in DEI efforts today as it relates to Asians?

I see DEI efforts being used as a blanket solution but diverse communities have unique challenges and needs. For many Asians working in western companies, there is an experience of being treated as a minority when it benefits the company (think quotas) but being whitewashed and overlooked when their voices need to be heard. I hear my Asian clients say that their leaders take them for granted. There is an assumption that they will keep their heads down and work hard; they won’t complain and will continue to perform like high-performance machines requiring very little maintenance. But the Zillennial generation is very different. They have very little tolerance for outdated structures and are changing long-established norms. You will lose your top Asian talent if you can’t dismantle the bamboo ceiling and appreciate the diversity they bring to your organization. Representation matters and we need to create the conditions and systems for more Asians to rise.

Thank you for sharing your wisdom, Ruth!

Do you know any inspiring and values-driven leaders whom the world should know about? Shoot me an email if you’d like to nominate and introduce that person. You can reach me at themillennialexec@gmail.com